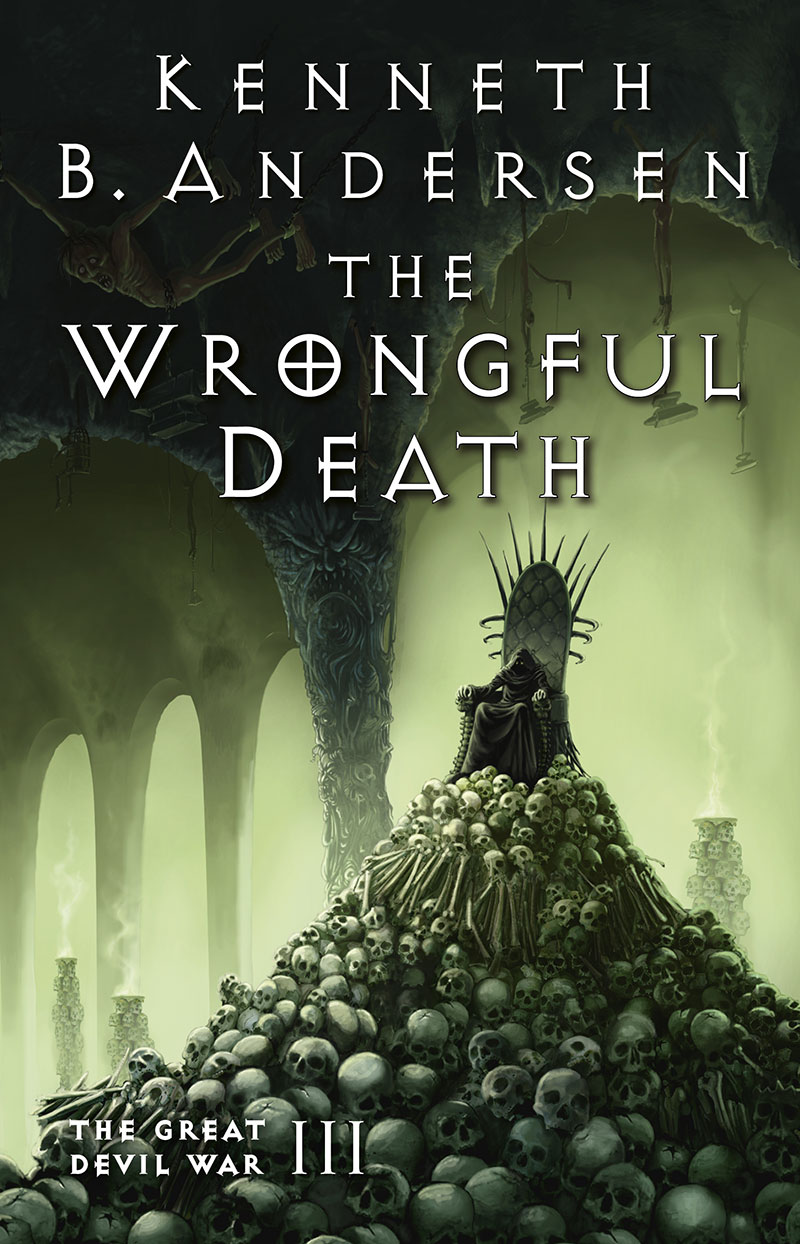 The darkness of night turned into the light of morning, and although Philip did what Lucifer recommeded and pulled his hood over his eyes, he was momentarily dazzled by the light. Slowly his eyes grew accustomed to the change, and out of the blinding whiteness, the Garden of Eden emerged in all its splendor.

First of all there were the colors. The green moss, that lay like a thick carpet on the floor. The blooming flowers. The lucious tree canopy overhead and fruits that hung in bunches. The sky that was more blue than Philip had ever seen. The sunlight that fell between the leaves in warm streams of gold.

Then there were the smells. So many, and so clear, that Philip became dizzy, and had to hold onto Satina, so he didn’t stumble.

Then there were the sounds. A storm of bird songs, monkey cries, and distant, thundering waterfalls, and yet… quiet, so quiet.

Then, to top it off, the atmosphere— the feeling of the place… It carried him off his feet. The forest, the air, it inspired a feeling of pure joy that Philip had never known before. It made the hair on his arms rise with delight and made his heart, yes, his very soul, feel like laughing. It felt like… Well, like he was in Heaven.

“Horrible place, right?” Lucifer said, closing the door to the rock wall. “Too cold and much too bright in my opinion. Come on, it’s this way.”

Philip and Satina followed the Devil, who with long, decisive steps, led them through the summer forest.

“We’re in Heaven,” Philip whispered as he heard the mild breeze softly stirring the leaves in the canopies overhead. “I can’t believe it. We’re in Heaven!”

“Not quite,” Lucifer corrected. “It’s merely the earthly Paradise which lies between Earth and Heaven. This is where the saved souls go after they die. They help tend the garden.”

“Between Earth and Heaven?” Philip said, confused. “I thought you went to Heaven when you died. If you’re good, that is.”

“No. You get this far and no longer. I realize a lot of people think that, Philip. There are even more who think Heaven is about lying in a hammock all day and letting God’s angels attend to your every need. But it’s never been like that. It would quickly lead to many of the seven deadly sins; laziness, gluttony, and greed, just to name a few, and that doesn’t exactly harmonize well with this place. No, getting into Paradise means hard work. Of course, it’s nothing compared to working conditions down where we are.”